There always is more to the story. That’s why I became interested in public participation. As an urban planner, I soon found that there is more to any urban landscape than the underlying zoning, the frequency with which buses are available, the width of the sidewalks, or parks per capita.

First things first. The story that always gets told and the one that doesn’t.

Six public participation practitioners walk into a conference in 1989. The punchline- they feel like nobody knows what they do. They meet up at a bar afterwards and share stories, tips, tricks, experiences, and the desire for a network of people with whom to share this experience. They take action and, by 1990 have formed the International Association for Public Participation Practitioners (IAP3). IAP3 was born as an international organization with founding members representing Australia, Canada, and the United States. Conferences were held starting in 1992 in Portland, Oregon.

At the second IAP2 Conference in Alberta, Canada the plan was to develop the Code of Ethics. As participants went into an open space session, they ended up talking about Core Values instead. This was the first day the Core Values were discussed. 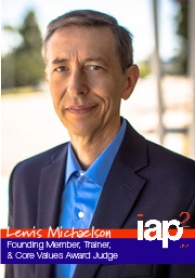 “I still have the flip charts from that day. It felt like a piece of history to me, so I held onto it.” – Lewis Michaelson

At the 1995 conference the idea of Core Values was introduced. However, the Core Values weren’t formally adopted until 1999.

It is the six years from when the Core Values were first discussed to when they were adopted that I find intriguing. Indeed, this is where the story becomes more than six practitioners in a bar. By this time the organization had grown and while the Core Values were embraced by members and the Board of Directors, not everyone saw the Core Values in the same way. The main point of contention: should they be directive. In other words, is it the role of IAP2 to say what good public participation is?

Suffice to say there was a good deal of deliberation about this point. The Core Values were being vetted by practitioners with different backgrounds, from different countries, offering different perspectives on what it meant for the Core Values to be universal. They were tweaked, polished, and wordsmithed until they became the bones of P2. All this time they remained directive, but that very fact held up their adoption.

How did they finally come to be adopted? In a way, the decision ended up being decided for IAP2. The U.S. Environmental Protection Agency came across the Core Values and must have thought that they made sense because they included them in their community relations handbook. Shortly thereafter the board formally adopted the Core Values.

I had assumed that the story of how the Core Values came to be would have been a straight shot from inception to creation to adoption. Not so. Rather it was imbued with what a facilitator I know likes to call “antagonistic collaboration.” Disagreement in order to find the best possible solution.

Core Value #1: Public participation is based on the belief that those who are affected by a decision have a right to be involved in the decision-making process. 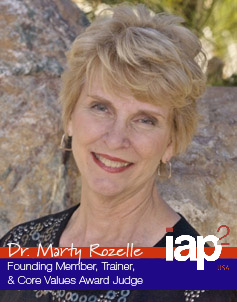 “Imagine driving home from work on long day. You make the final turn onto your street, pull into your driveway, and your spouse is out front putting a ‘For Sale’ sign on front yard. You’ve never talked about selling your home. What’s your first reaction?”

This is one of the scenarios Marty Rozelle poses to the people in her P2 Foundations course, and it instantly captures how personal decisions can feel and how quickly they can stir up our emotions when we feel we’re being left out of the conversation.

As an urban planner, I’m often drawn to the wisdom of Jane Jacobs who said, “There is no logic that can be superimposed on the city; people make it, and it is to them, not buildings, that we must fit our plans.” Whether we are practicing P2 in order to create spaces or policies or relationships, humans are the creators and should be at the forefront of the decision-making process.

However, the people creating the process aren’t representative of those being affected by that space, policy, or relationship. As P2 practitioners we have work to find out who is affected but not already at the table. Marty talked to me about how decision-makers often have great intentions but reach the wrong conclusion because the most affected group(s) wasn’t a part of the decision making process.

The most cited reason why people are excluded from a decision is because the decision-makers think the content is too technical. Usually this has more to do with the decision-maker not seeing the forest for the trees. We shouldn’t be asking people if they can take over transportation demand modeling for the local public transit system, but they can answer questions about where they take the bus and if it comes often enough. Does it connect them to the people and places they want to see? On these issues, the general public are experts, and full of information. And it is to them that we must fit our plans.

Core Value #2: Public participation includes the promise that the public’s contribution will influence the decision.

“If you don’t intend to use their input, then don’t ask them. And that might be okay. That’s why ‘inform’ is on the Spectrum.” – Marty Rozelle 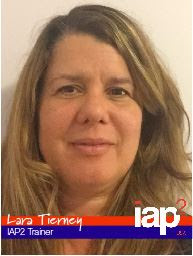 Oftentimes in P2 we’re communicating about complex issues that have technical criteria and requirements that limit the amount of impact the public can have on the decision. P2 practitioners try hard to make people feel a sense of self efficacy amidst the myriad of layers of information, (such as travel demand modeling, construction timelines, constrained budgets, and zoning requirements) to name a few. What I learned from Marty, Lewis, and Lara is to plan, Plan, PLAN ahead in order to be effective. And then follow through.

Plan to find the decision people can truly influence. Plan for who you need to reach and where to reach them. Plan what questions you’ll ask. Plan for what answers you might get. What happens if the pick they option you weren’t expecting? What happens if the decision is split 50/50? What will you do if no one takes your survey? What will you do if 5,000 people take it?

Plan because people deserve to have a say in the decisions that affect them and the only thing worse than not giving them that opportunity is pretending to give them that opportunity, or what Lewis referred to as SCID: solicit-consider-ignore-decide. I asked Lewis what you do if most of the decisions have already been made. He told me, “Keep going through the decision space to find where the decision has not already been made.” If a decision-maker is certain there is nothing to ask, then don’t. Lewis referred to this as decide-announce-defend. Make your decision, give an explanation, and answer follow up questions.

Ensuring that people can see the connection between their input and the outcome – what Lara refers to as creating the “line of sight” – is a crucial part of the follow through once you’ve done all your planning. She cited the example of River Park in Calgary. During the public engagement process, the City of Calgary drew up a board showing how the final recommendations tied back to the themes they heard during the public engagement. The park management plan also acknowledged that some things that were heard were not included in the plan and explained why that was the case. After this process, Lara said that even people who disagreed with parts of the plan often said, “It’s not what I would have done but I see how you got there.”

What the Core Values do is remind us that public participation is more than an exercise in reaching consensus. There are sights, smells, feelings, and memories tied up in the conversation. The more personal they are, the tighter they can work themselves into a knot. The decisions we make matter, especially when they affect other people, and we need to be careful and (more importantly) deliberate in the way we involve them in these decisions. This is the essence of the first two Core Values.

This article is the first in a series of articles about the Core Values. Keep an eye out for the next article in upcoming newsletters.

Do you have a Core Values story to share? Please tell us about it here!

This site uses Akismet to reduce spam. Learn how your comment data is processed.